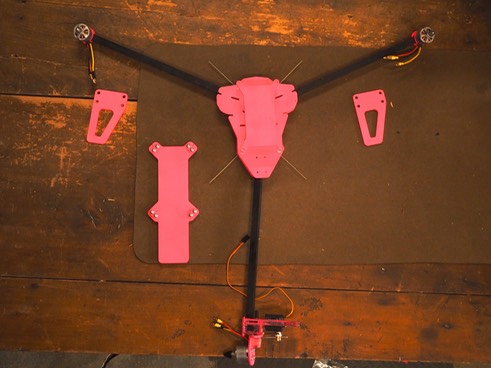 What does a 13-year-old nerd do during summer vacation? Well, I decided to build my first tricopter, after being inspired by a Make: Magazine article. I had previously assembled a DJI 330 Flamewheel (a quadcopter), but I wanted to try a Tri because they are better for photography. I decided to follow Lucas Weakley’s (Make’s) Maker Hangar 2 tricopter build. Lucas sells a kit with the frame and the nuts and bolts, but I decided to source and make all of the materials myself. This essentially led to three major stages in the building process.